As we approach the end of 6 weeks of rugby, much has been said and written about this year’s World Cup tournament: the hanging-out-to-dry of referee Craig Joubert; the usual complaints of unfair groupings; the post-mortem of the host nation’s failure to advance through the group stages and, this week, the ubiquitous pre-match ‘sledging’ (to borrow from cricket) that occurs prior to any trans-Tasman sporting tussle.

Some journalists and social media commentators have also chosen to write about aspects of sportsmanship within rugby union, a sport still in relative professional infancy. One such article, by Gregor Paul in the New Zealand Herald, brought attention to All Blacks’ coach Steve Hansen’s focus on ‘old-school values’. These values are connected to the olden days of amateur rugby union (pre 1995), when the tradition was for a post-match (inevitably alcohol-filled) dinner shared by the victors and the vanquished; an occasion named the ‘third half’ by the French. Sports science and media scrutiny in the professional game brought this to an end but Hansen has compensated for its loss by inviting the opposition into the All Blacks’ dressing room after the final whistle and on-pitch handshakes. He explains his reasoning for this:

“One of the important things to me about rugby is enjoying it. When you are in such a big pressure cooker as the All Blacks, it can easily be lost. The first thing we had to acknowledge was to stop and enjoy each test. We do that sensibly but we acknowledge we have played another group of men who have tried to do what we have done. So we say, ‘would you guys like to come in?’ Not all teams accept that. Some do and South Africa are one that always comes in. When we are over there, we go in. When I played, some of the best moments in rugby were with the guys who you have just gone 80 minutes with and you find out they are just like us. They are ordinary guys and you make lifelong friendships.”

Hansen’s focus remains on winning but also enjoying the sport and competing in a gracious and humble manner. Loose forward Jerome Kaino supports this notion when he explains, ” It [losing] is hard. You are competitive and you want to win all the time. You realise it is just a game and you come back to work on Monday and start the hard work all over again.”

Of course, all of this doesn’t just apply to the All Blacks. There are examples of good sportsmanship throughout the game around the world, but its importance seems to be coming to the fore again. It was heartening to hear pin-drop silence in the stadiums for most games this tournament while kickers lined up conversion and penalty kicks. Much attention was given to photographs of All Black Sonny Bill Williams comforting distraught Springbok Jesse Kriel after the South African’s 18-20 semi-final defeat. While his status as a media figure meant his action was highlighted, it was only one example of countless such gestures that happen after most matches by players from all nations.

Interestingly, England No.8, Billy Vunipola, speaking during England’s dead-rubber group match against Uruguay, suggested part of his team’s problem may have been a lack of time to bond off the pitch.

“It’s a tough 12 weeks that we spent together. The best way to bond is when you go to the pub, have a drink and break down barriers. That would help people talk to each other about more than just who’s coming to the hotel on Friday, or things like that. You want to get to know someone on a deeper level than that because when you are on the pitch, it helps. I say that because when we play at Saracens that’s what we do. It might look like a fun, jolly time, but we build our memories together, we build bonds and bridges. It’s just as important off the pitch to be together and stay close….I think with the pressures of the World Cup after what happened in 2011 it was very carefully marshalled.”

Perhaps the financial pressures to achieve results in professional sport, and the accompanying expectation that those being paid will behave in a professional manner, have caused some of the social aspects of the sport to be abandoned. However, as Hansen points out, at the end of the day it remains a game and there still should be room at the end of the battle to show respect to, and enjoy a cold beer with, your teammates and opposition. 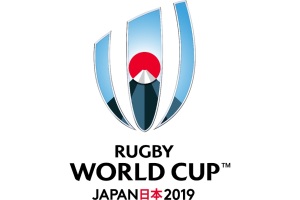 The next World Cup in Japan is an exciting prospect. By 2019, an Argentinian and Japanese team will have had 4 years experience playing in Super Rugby and, hopefully, the end-of-year test matches will be reviewed to give the ‘2nd tier’ teams more game time against the ‘1st tier’. So here’s hoping for a tournament in which: the referees’ decisions are final; ALL the groups are challenging and the ‘usual suspects’ all have to fight their way to the quarter-finals; the hosts Japan win 3 group matches again and actually advance this time; and good sportsmanship and the third half are as important as the results.