Donald J. Trump will be the 45th President of the USA. While many people struggle to get their heads around the reality of this, the postmortem of the election campaign season is well underway, and there are many possible explanations for Trump’s victory:

Trump’s success is probably due to a heady cocktail of all of these influences, with individual’s choices to vote, and who to vote for, driven by a combination of factors within their own lives. But perhaps there is another component which should be added to the list: Trump’s election could be seen as an oblivious conclusion for the nation which leads all others in its elevation of celebrity to the highest possible level of ambition and achievement. 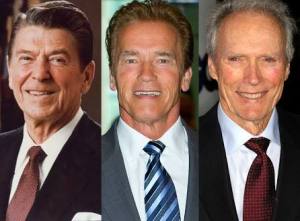 Recognition is essential in gaining the votes of the population and optics are vital in presidential campaigns, with the televised debates dating back to 1960. There is no shortage of examples of successful political candidates with whom the voting public were already familiar before they ventured into public office, including Clint Eastwood, Arnold Schwarzenegger and of course President Ronald Reagan. Trump and Clinton were possibly two of the most recognisable candidates ever to run for the presidency, but while Clinton’s life had been in the stuffy world of policy and public service, best known to many for her husband’s libido, Trump was a ‘real’ celebrity with 14 seasons of a reality television show behind him. The requirements of public office were once intelligence, hard work and experience, in the form of years of public service. However, celebrity often seems to be valued above all other qualities in the US today, with people regularly achieving a degree of fame and riches for no other discernible achievement or talent than appearing on television. Trump is media savvy and, with his background in reality tv, understood the system, fully aware that his outrageous rhetoric and behaviour would be grasped upon by the media, garnering him hours of free attention. For Trump, all publicity is good publicity.

Meanwhile, Michelle Obama gave what were undoubtedly the best speeches of the election season but her description of Hillary Clinton perhaps betrayed a failure to understand what the qualities are that many in the population really value today:

“The fact is that Hillary embodies so many of the values that we try so hard to teach our young people. We tell our young people “Work hard in school, get a good education.” We encourage them to use that education to help others — which is exactly what Hillary did with her college and law degrees, advocating for kids with disabilities, fighting for children’s health care as First Lady, affordable child care in the Senate.”
Michelle Obama cites the value of education while much of the Trump campaign involved sneering at ‘elites’, a term used disparagingly as a poorly-cloaked attack on ‘experts’ and those from the ‘liberal’ colleges. Post-truth politics as it has been called doesn’t care about facts and critical thinking, and indeed prefers that people employ neither. Just like reality television, the preference is for highly-fabricated and orchestrated interactions masquerading as truth.

“We teach our kids the value of being a team player, which is what Hillary exemplified when she lost the 2008 election and actually agreed to work for her opponent as our Secretary of State — earning sky-high approval ratings serving her country once again.”
Next, Hillary is lauded as a team player but the whole basis of much of reality television is that of a fight for individual survival, with The Apprentice being a perfect example with its dog-eat-dog, backstabbing nature. The show, in emulating Trump’s approach to business, tells us there can be only one winner and any means needed to take down your rivals are acceptable.

“We also teach our kids that you don’t take shortcuts in life, and you strive for meaningful success in whatever job you do. Well, Hillary has been a lawyer, a law professor, First Lady of Arkansas, First Lady of the United States, a U.S. senator, Secretary of State. And she has been successful in every role, gaining more experience and exposure to the presidency than any candidate in our lifetime — more than Barack, more than Bill. And, yes, she happens to be a woman.”
Finally, the First Lady praises the rejection of short cuts in attaining success while the media and entertainment today teach us that education, training and the thousands of hours of practice required to hone a skill or talent can be bypassed if you are willing to behave outrageously on television or the Internet. In spite of Trump’s total political inexperience and highly questionable knowledge of how government and the international community operate, he has skipped the whole process of learning by gaining attention and support through bad behaviour, soundbites and rhetoric capitalising on fear. 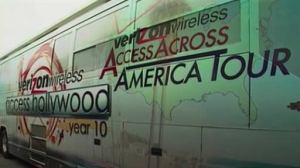 When twelve women came forward with allegations of sexual assault against Trump following his open admission that he uses his position of power to press unwanted advances upon women, his campaign dismissed them all as liars. When pushed in interviews to explain why the women might lie about such traumatic ordeals, Trump’s surrogate Katrina Pierson suggested it could be for their 15 minutes of fame. Trump himself gave the same reasoning at one of his rallies.  For many this is a horrifying explanation, being inconceivable that someone would voluntarily subject themselves to the scrutiny, scepticism and vilification that people face when they go public with allegations of abuse and rape. But to Trump and many others, to whom fame, regardless of the route taken to it, is the pinnacle of success, it may seem a logical conclusion to make.

Trump capitalised on his fame, raising it to such a level that his serious shortcomings and offences (failed businesses, tax avoidance, fraud cases, sexual assault, racist policies, misogyny, unsteady temperament, lack of experience, absence of knowledge) were either ignored or deemed irrelevant by many. Meanwhile, any one of Trump’s failings would have been disqualifying for a ‘regular’ political candidate. However, Trump’s obvious narcissism is a positive quality in the world of celebrity and he succeeded in turning the election campaign, from the primaries on through the presidential competition, into the ultimate reality television show. One by one he eliminated his GOP rivals, employing name calling and insults in his bullying strongman act. In his final showdown with Clinton he continued his use of intimidation and smear tactics to gain the upper hand. At the debates, while Clinton presented policies and was knowledgable and prepared, Trump genuinely believed he had won with his yelling, name calling, stalking and by threatening his opponent. These are all elements that are instantly recognisable to today’s television audiences as the qualities required by an ultimate ‘survivor’.  It now appears that from the very beginning the Immunity Idol had been Trump’s and ultimately he has defeated all opposition and been voted victor.